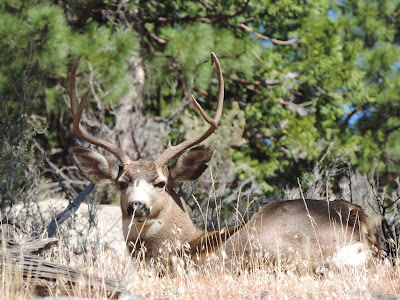 In June I was lucky enough to read my name on the successful list for drawing a premium tag for California Mule Deer. I drew this same tag in 2012 so to draw it again in the random pool was extremely lucky!


The season started in late October, after the archery and general season, so the deer had been hunted quite a bit making them difficult to pin-point and pattern. I spent nearly 10 days, pre-season scouting and really focused the entire week prior to the opener, finding the deer concentrations. I found some great areas which held good deer numbers. With bad drought conditions, the deer were really concentrating still on feeding areas near reliable water sources. The deer were hammering the bitterbrush flats. 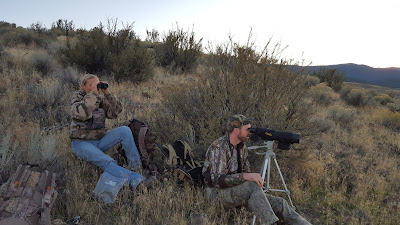 The first 4 days of the season found myself with a whole entourage of followers. I had my wife, her dad, my best friend J.P., as well as a master student conducting research for his thesis on hunting. Those 4 days were amazing. We were seeing 20-30+ does and bucks everyday as well as 1-2 mature bucks including one 4x4 that was around 22” wide with deep forks. It was a great buck but I decided to pass. 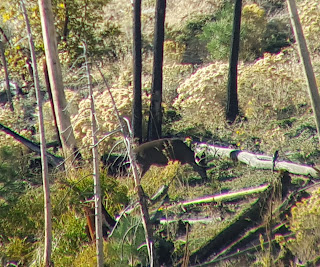 It was one of the hardest hunts to be on since I felt the constant stress to take one of these great bucks. Not from anyone on the hunt but from my internal self, since I was used to just taking the first legal or nice buck I could find. I am a meat hunter! The main thing keeping me from pulling the trigger was that I wanted to keep hunting. This isn't a tag I can draw every year, this is my last deer hunt for the year, and I wanted to see what each day would bring. I knew that with every day the season grew older, the bucks got closer to rutting. I personally don’t care about score or width but I was looking for a buck that when I looked through the binoculars I had no hesitations about going after. I was looking for a buck that turned me on! 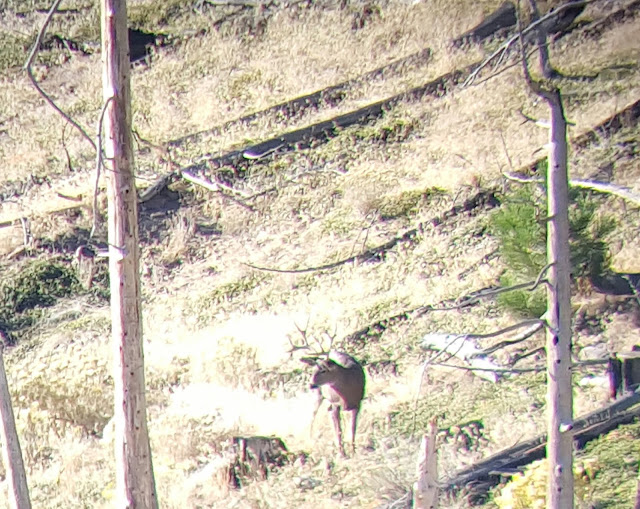 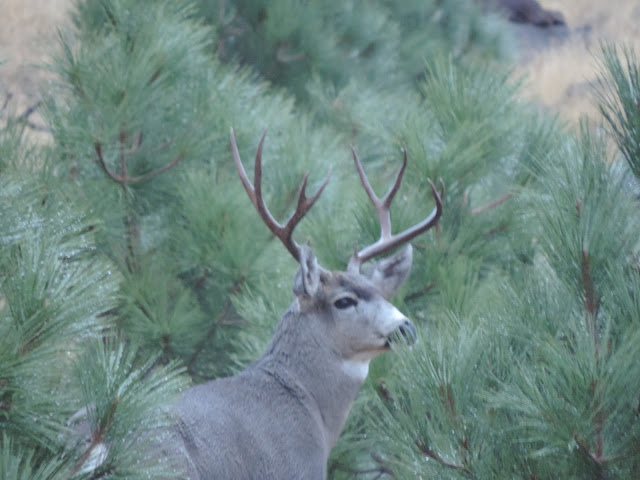 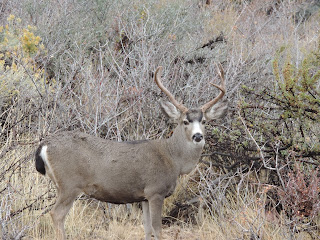 After Day 4, the masters student and J.P. had to go home, however my father came up to join the party. Day 5 was uneventful, seeing the same bucks from previous days. Day 6 brought us to an area where we had been seeing a large group of does and younger bucks. At first light we spotted a great 5x2 that had great mass, I mean lots of MASS! His points were rounded they were so heavy. He was the first buck of the season that there was no question whether I was making a stalk. I made the stalk however he gave me the slip when I was within 75 yards. I was only able to see his massive rounded antler tips as he trotted off. After the failed stalk, I did some more glassing and turned up two other great bucks. A 24” 3x3 with a 5-6” cheater on one side and a wide 28-30” 3x3 with great eye guards. Both bucks were in impossible areas so they had to be passed until the next morning. Three shooter bucks in one day, this is what I was waiting for! 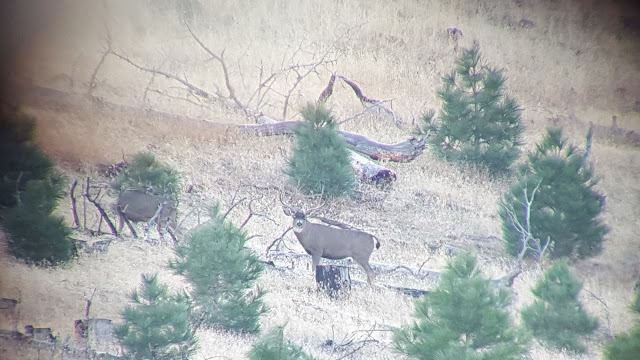 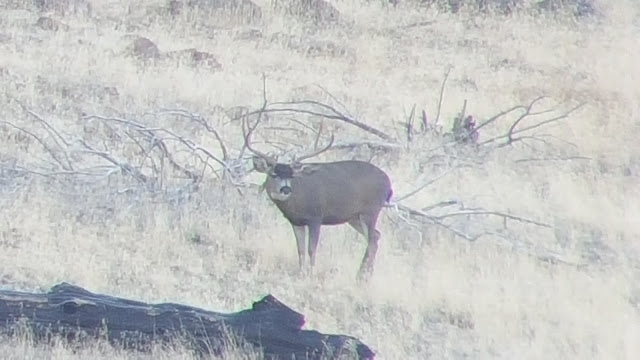 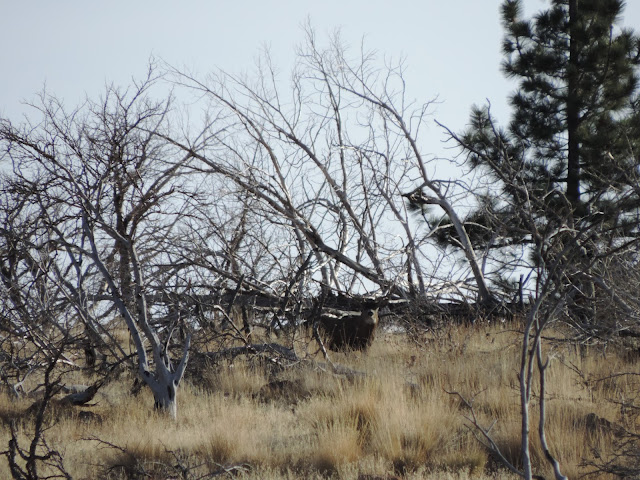 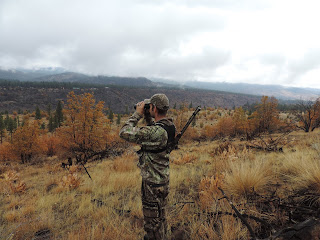 Day 7 took us to the same spot. We started to pick apart the basin with our optics and turned up a group of does and a couple young bucks that were really going at it. We watched them spar for about 15 minutes until my dad said, “Big Buck”. The big wide 3x3 stepped out behind a pine tree and started to push one of the does. After watching him for 15 minutes, I started my stalk. Long story short I was able to get within 110 yards of the giant, rested my sights right behind the shoulder and squeezed the trigger, after the smoke cleared the buck was bounding off, unscathed and healthy to live another day. After checking his tracks for blood, it all sank in that I just missed my opportunity at a big one. 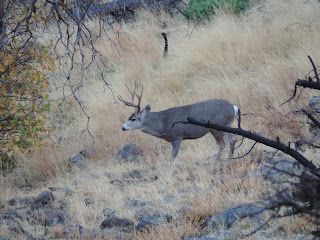 Sad and a little depressed we regrouped and made our plan for the evening hunt. We decided we would hunt the same area however, split up and go in three different directions to cover more ground. I sat down at my glassing post for the next few hours and immediately saw some does munching on a small oak tree about 90 yards away. I continued to glass until I heard some more rustling near the does. I peeked over to catch sight of a heavy 4x3 joining the does evening meal. I did a quick 2 second look through my binos to confirm that I wanted to take that buck and got set up. It was about 2-3 minutes before the buck presented a quartering away shot and I squeezed the trigger. The air filled with smoke and I could barely catch a glimpse of the buck scrambling downhill into a deep drainage. After reloading I ran down the hill to see him piled up at the bottom. 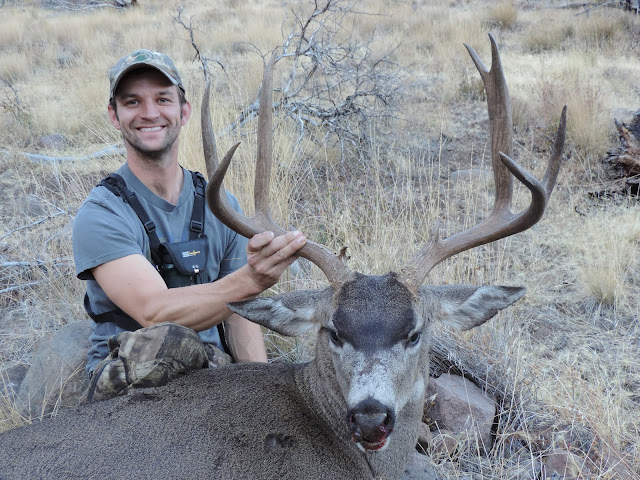 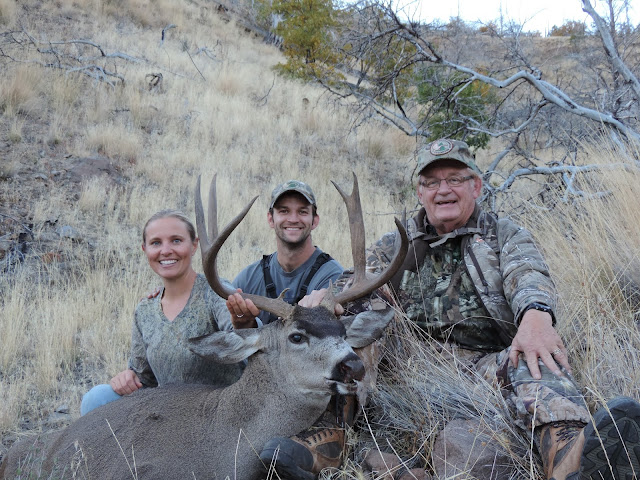 The buck was one of my best yet. A beautiful heavy 3x4 with eye guards. I sat down next to the buck, had a moment of silence, soaking it all in and thanking nature for its bounty. I had taken a great 4x4 three years earlier only a half mile away from where this buck fell. I felt so lucky and privileged to be able to hunt this mountain again and to have a group of family and friends that were willing to take time off to help me with this hunt. A great hunt to go in the books and a great way to end the 2015 Big Game season! 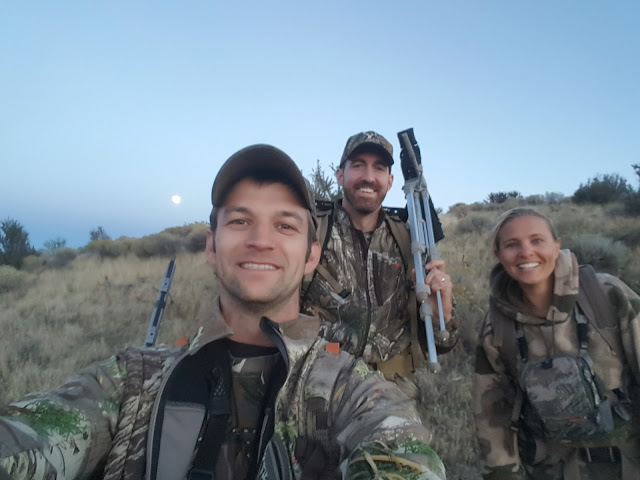 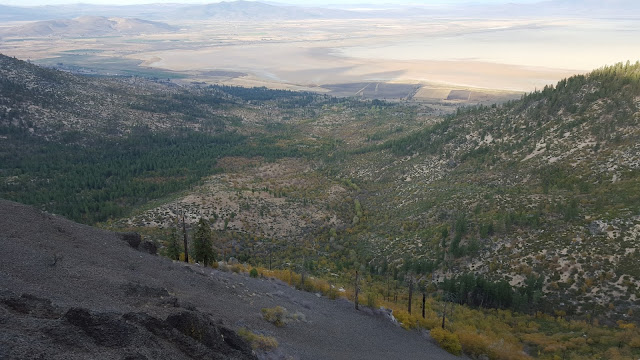 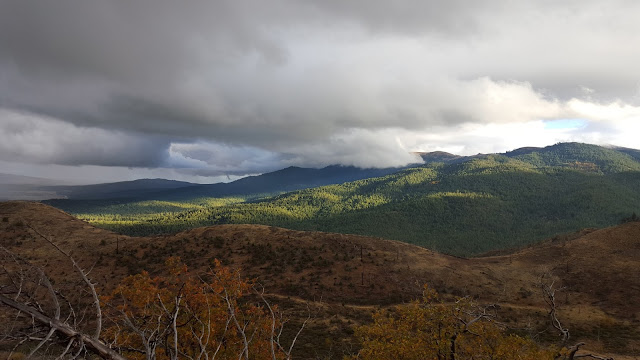 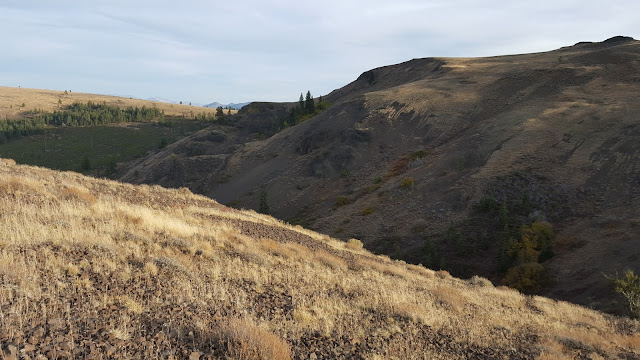