Final Deer Tag of the Year!

So Emily and I just got back from a successful California B-zone hunt on Wilderness Unlimited Leased Land. The trip was a great one, not only because it was successful but we got to see new parts of a ranch and spend quality time with new hunting partners.

We hunted Sunday through a Tuesday and were able to take two nice respectable bucks. Emily harvested hers on the first evening we were there. It was a beautiful double neck patched 2x2 with a 16” Spread. She thought about holding out for something bigger but decided that the opportunity was too good to pass up. She made a great 80 yard shot with her Savage 243 with 100 grain hand loads.  The buck expired near a road which made the drag-out about as good as it gets on this particular ranch. This was the 3rd year in a row she has been able to tag out on the first day of the hunt. Lucky Lady!

On Tuesday we made some great hunts and I passed on a few smaller bucks that were just too small for that early in the hunt. That afternoon took us down at the bottom of the ranch to help fellow hunter, Tanner Rosette pack out a nice cinnamon bear. Tanner was beyond words with this being his first bear and his goal for the trip.

The next morning took Emily and I to a new portion of the ranch that I had always wanted to venture to. We saw numerous deer however none that would make the cut. We also had a nice encounter with a group of pigs which we decided to pass on as well. This section of the property was very steep but the deer loved it. That afternoon while everyone was taking a nap, I decided to get the spotting scope out and check some likely spots I had seen some bucks in the past. After a ½ hour of glassing I spotted a gray body bedded on the edge of a cliff. After cranking up the Nikon Field scope I was pleasantly surprised to see a nice rack on top of the giant bodied blacktail. I formulated my game plan and headed out. About a ½ hour later I was scaling a steep cliff-side to get a shot. I finally spotted him, still bedded at 271 yards. I got a great rest and figured that he would drop in his tracks and I would be able to come down from above to retrieve him. I waited for the buck to stand and squeezed the trigger. Boom! The shot echoed through the canyon and the buck dropped right in his bed. I was stoked! But wait….he started to slide and then kick…….and then…..he fell nearly 200 ft off the cliff he was bedded on. My heart sunk, now the great buck I had just taken fell into the deepest hole on this ranch and who knows what the meat was going to look like let alone the antlers. As I made my way over to the buck I was happy to see that the buck’s body had made it pretty unscathed. His antler tips were broken off but the meat was still in superb condition. He was a great old buck with a giant body and a gorgeous cape. I searched and searched and searched for my small camera in my pack to realize that I left it in my truck back in camp. After sitting next to the old monarch, admiring his beauty I took a few mental pictures and began the “work”.  I radioed camp for them to take my truck down to the bottom of the ranch where I would meet them in a few hours.  I spent the next hour processing the brute and loading him into my Easton Full-bore Backpack. With it already weighed down I made the decision to leave the cape since it as well as the head would have pushed myself and my backpack to the max. I was able to hike down to the truck and two anxious hunting partners and celebrate the ride back to camp. My old gray faced buck had a funky 2x2 rack that was 20” wide by almost 16” tall. I couldn’t be happier with our trip and the animals we took.

The freezer is now full for the winter and we had another epic 2014 deer season. Who knows what this winter and next year has to offer. 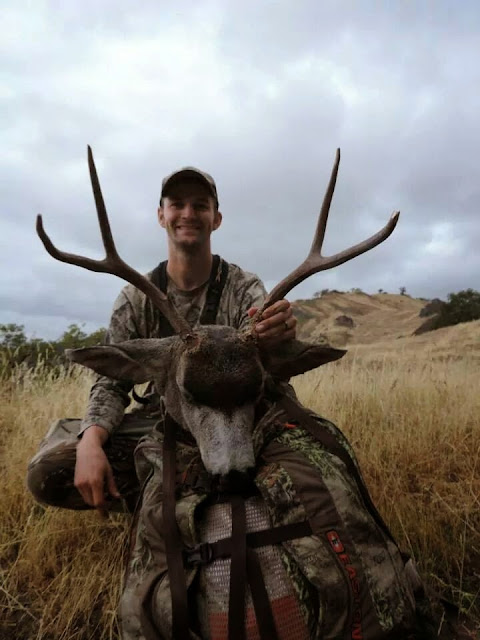 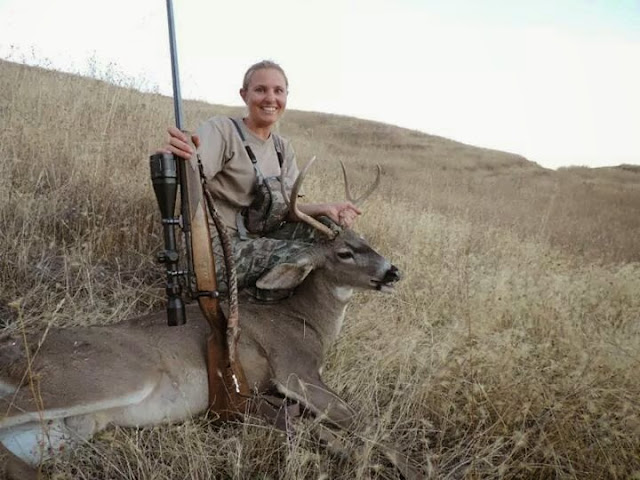