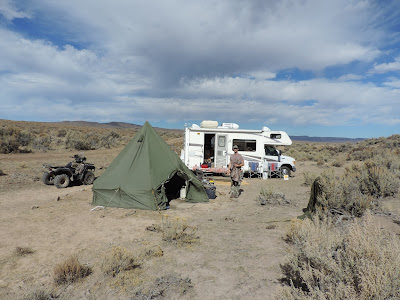 I was lucky enough to draw a mule deer tag for Nevada this year. I was thrilled to have the tag as this would be my first true mule deer hunt. My parents, Dan and I headed out to the desert and set up camp on Saturday before the season started a spent the weekend scouting before the season opened on Monday. 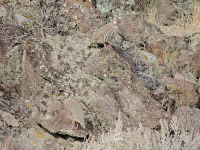 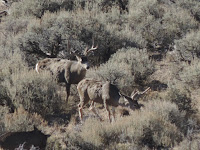 We spent the next 5 days covering lots of country on foot and in the truck checking out new areas to determine where we wanted to focus our efforts.  We spent countless hours glassing hillsides, canyons, and open plateaus. We saw lots of beautiful country and animals during that time. 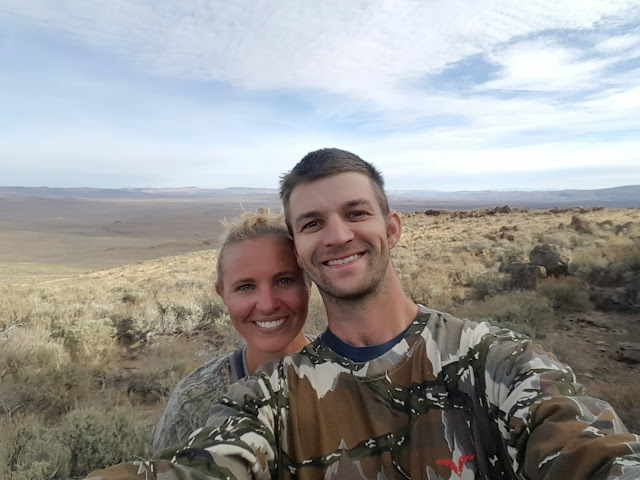 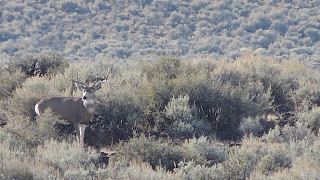 All of this effort paid off on day 5 when we spotted a nice buck at first light about a mile and a half from where we were glassing. My parents stayed at a high spot where they could keep an eye on the buck while Dan and I made the sneak. There was another group of 4 bucks on the same hillside as the one we were after, we had to move slow down a long drainage so we didn't spook them. The group of bucks finally fed up and over a saddle, we were now in the clear to move in closer to the buck we were after. During the sneak the buck had bedded down near a rocky point. Dan and I were able to sneak around behind the buck while he was still bedded and hide in some rocks about 300 yards behind him. The buck got up and fed over the hill toward us about 20 min after we got into position. After watching him feed for a short time I decided to take the shot and he went straight down! A 318 yard shot using a 300 Remington Ultra Mag topped with an Alpen Apex 4-16X44 scope. The plan worked out perfect and I couldn't believe it had all come together. My furthest shot at my biggest buck! I couldn't be happier. 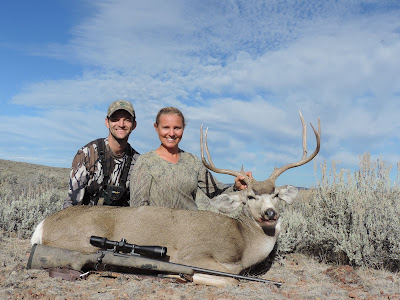 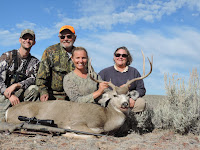