July has always been a special month for me. It marks the earliest deer season in the country. My buddies and I decided to try something new and hunt a coastal zone boarding the Pacific ocean. This area was steep but had a decent population of deer. Opening morning found us stair stepping down, 1000 vertical feet towards the ocean. 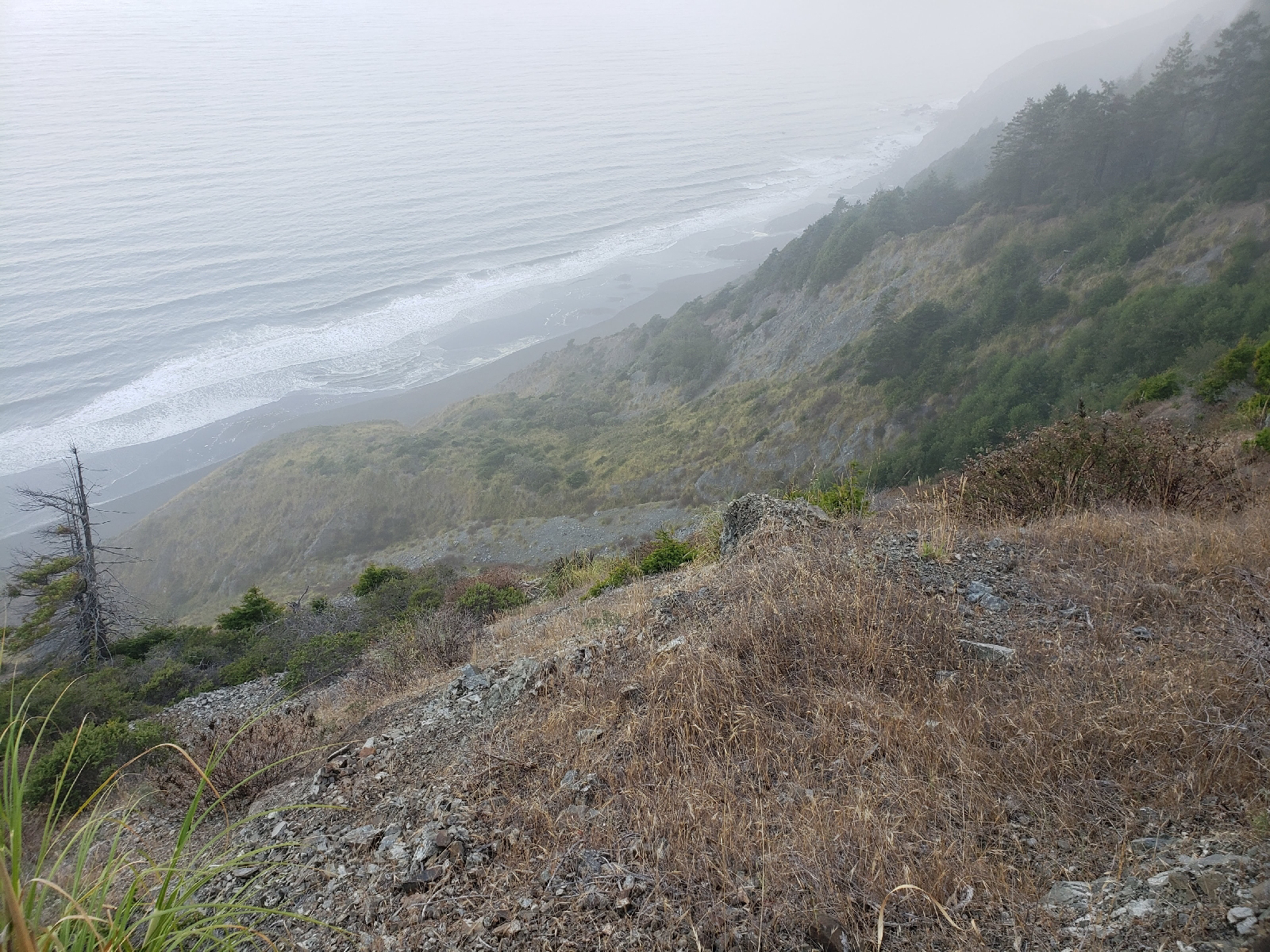 was foggy and visibility would range from one mile to 50 yards as it rolled in and out. I spotted a smaller buck that I decided to make a stalk on. On my way I bumped two bucks out of their beds, they disappeared but I was able to find their beds and a well used game trail that led to them. 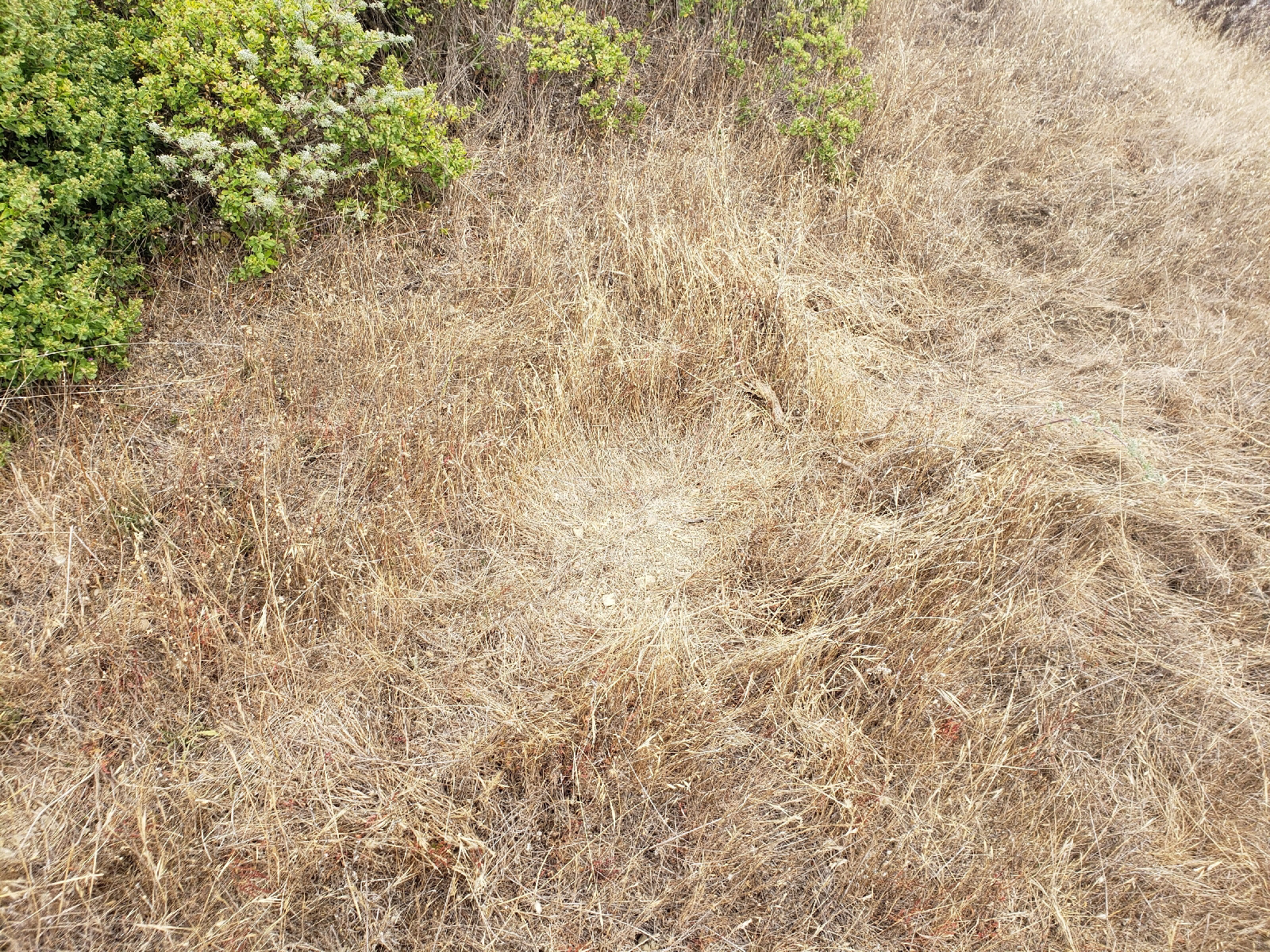 I decided with the poor visibility that I should sit and wait to see if they would come back. 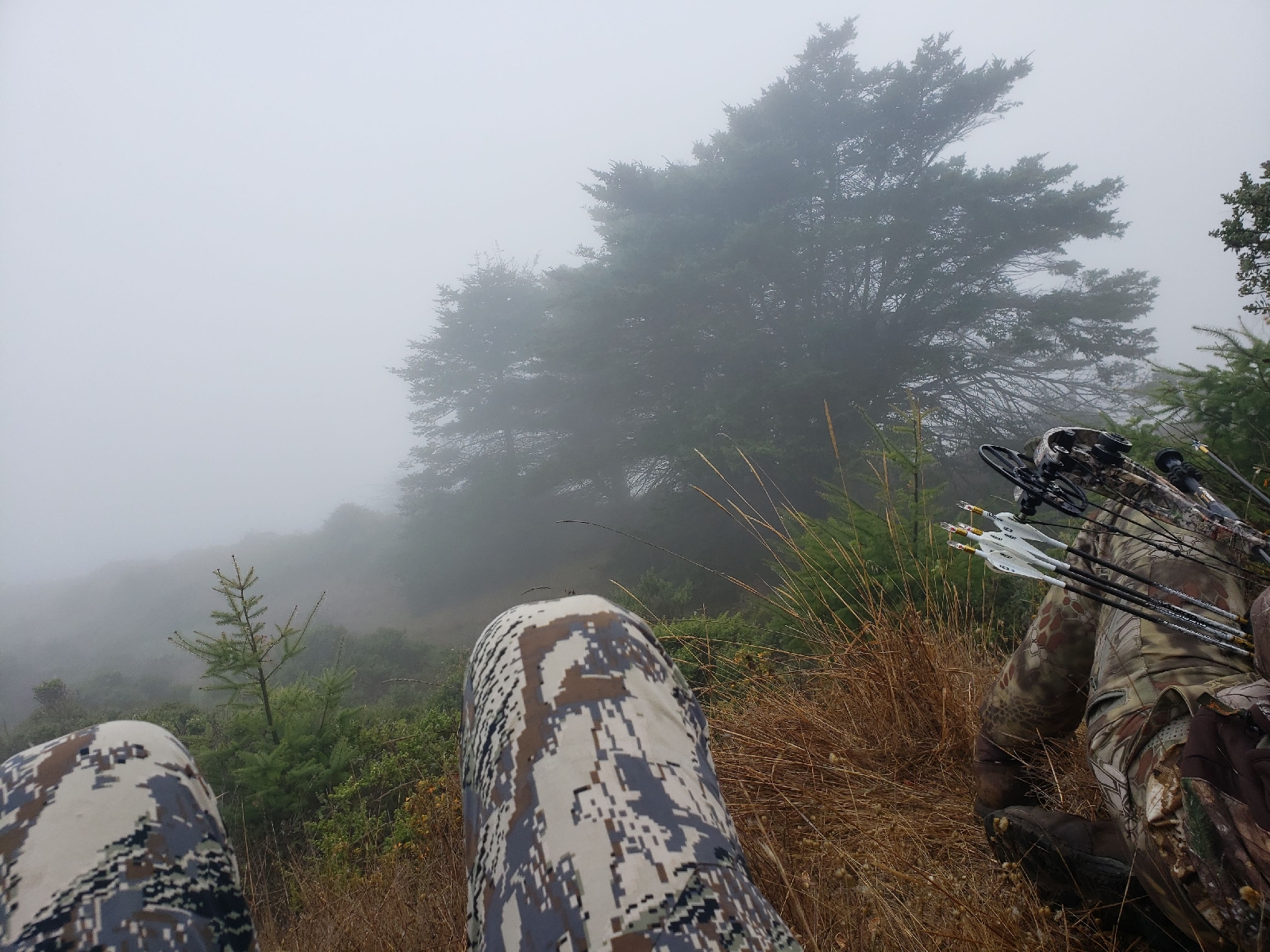 I sat for an hour and was a bit frustrated since the fog was thick and my view of the ocean or anything to pass the time was obscured...but I kept sitting with no other options. After some more time passed, movement caught my eye about 10 feet away! Antler tips waved back and fourth as a buck was feeding on some coyote brush along the trail. I had an arrow knocked and drew back as he came into view. Being that Close the buck immediately spotted me and trotted about 25 yards and stopped. I let the arrow fly and it hit its mark perfectly and the buck disappeared in the fog, crashing towards the ocean. 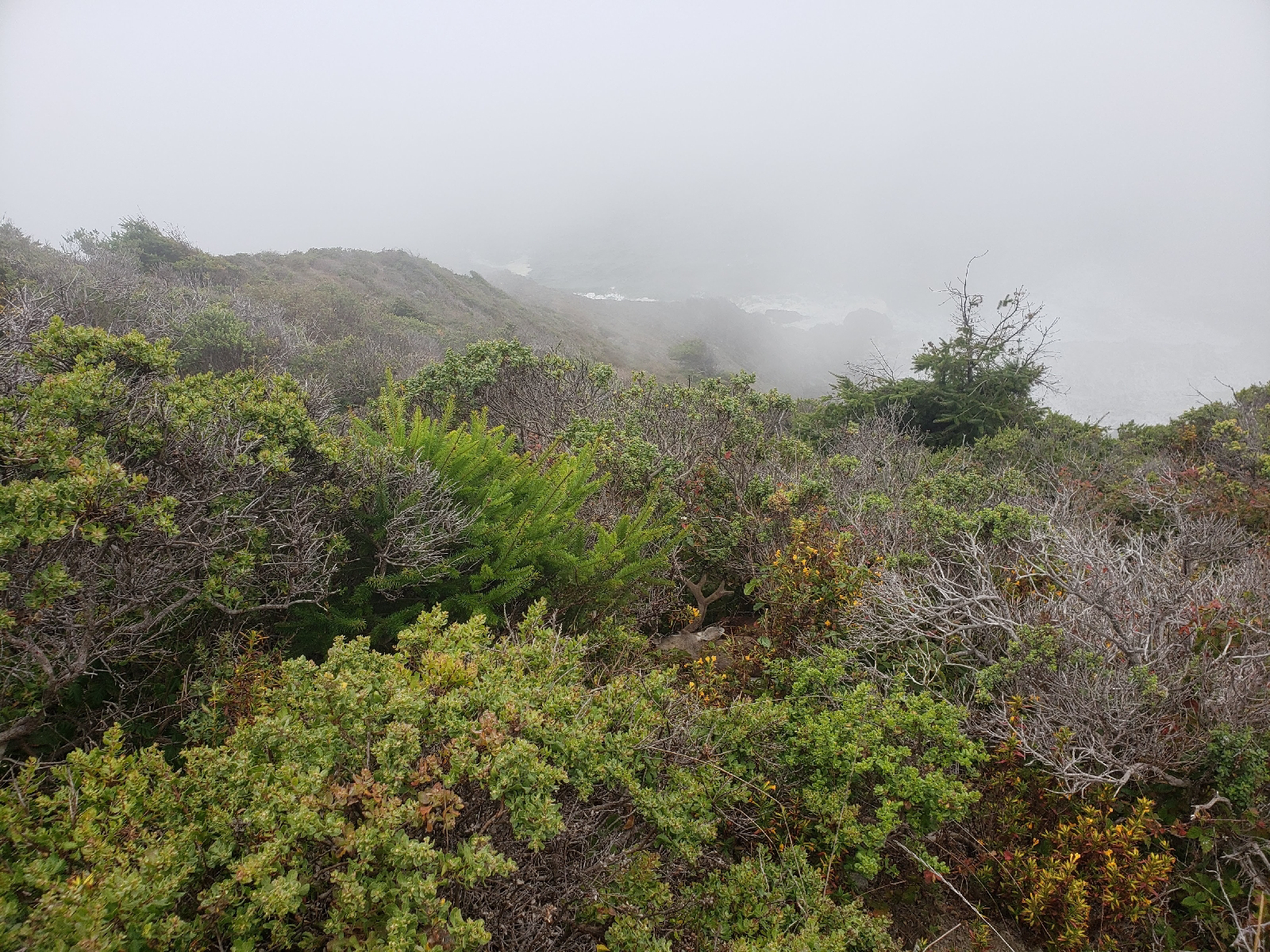 He was a gorgeous full velvet 24" 4x4 blacktail. They don't get much bigger than that for coastal bucks. 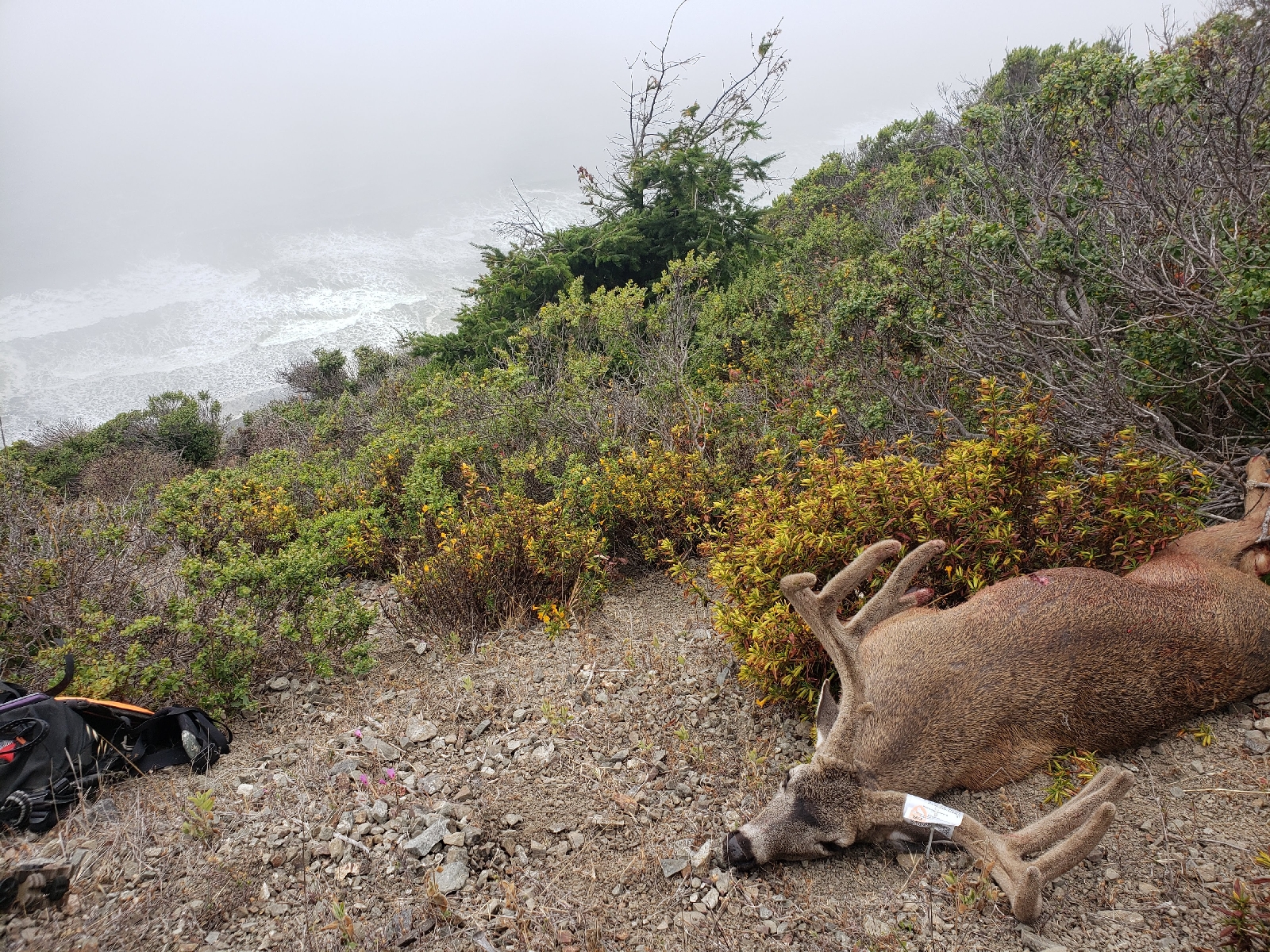 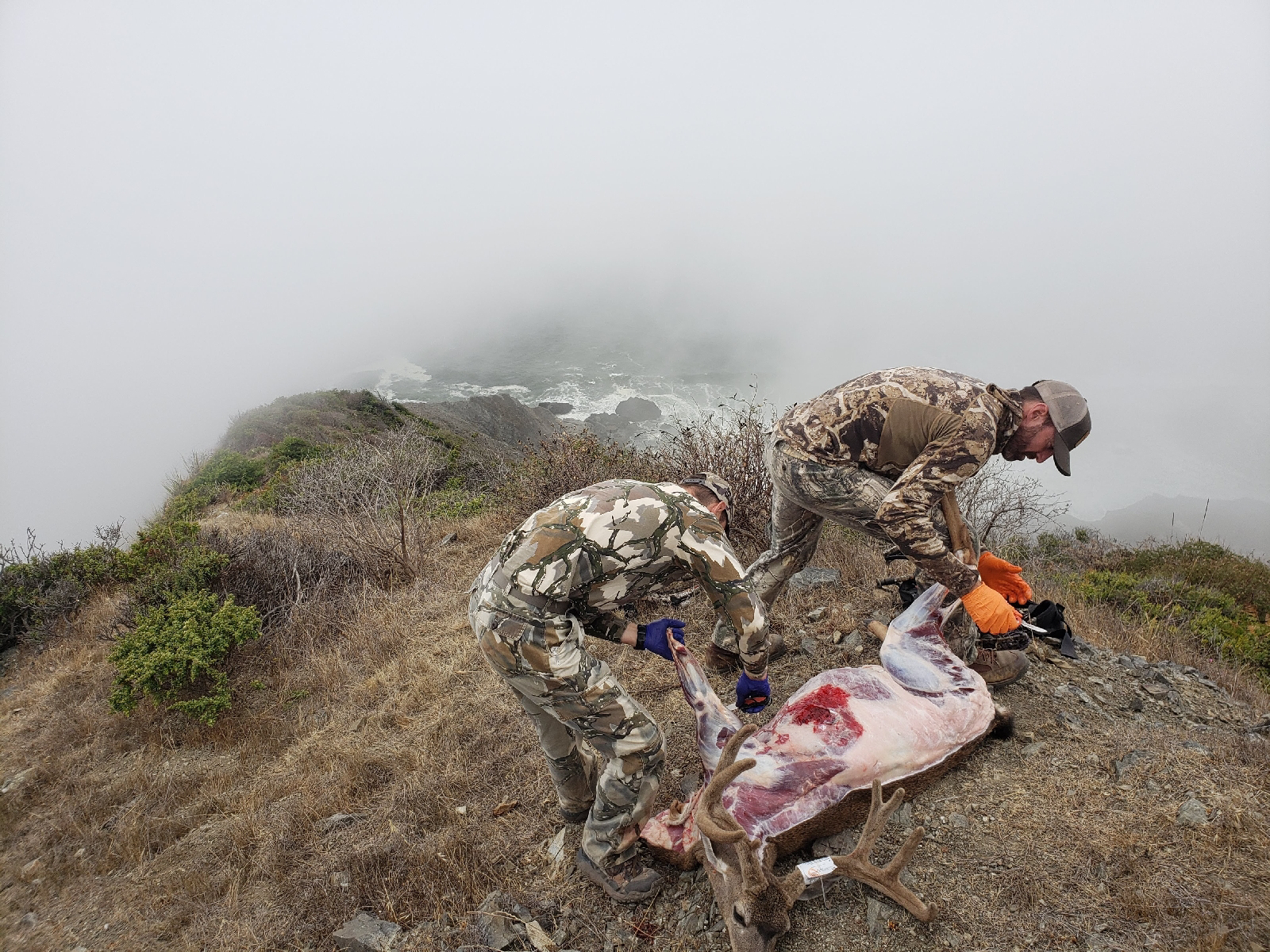 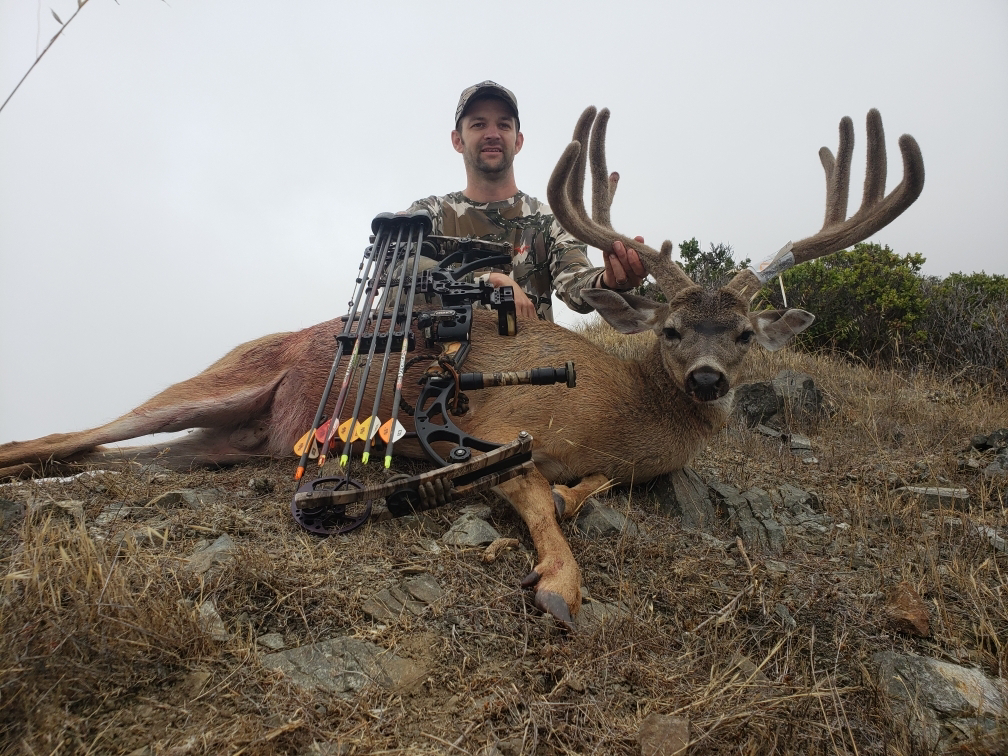 My good friends met me at the scene and we took photos and each carried a load the 1200 vertical feet back to the truck. 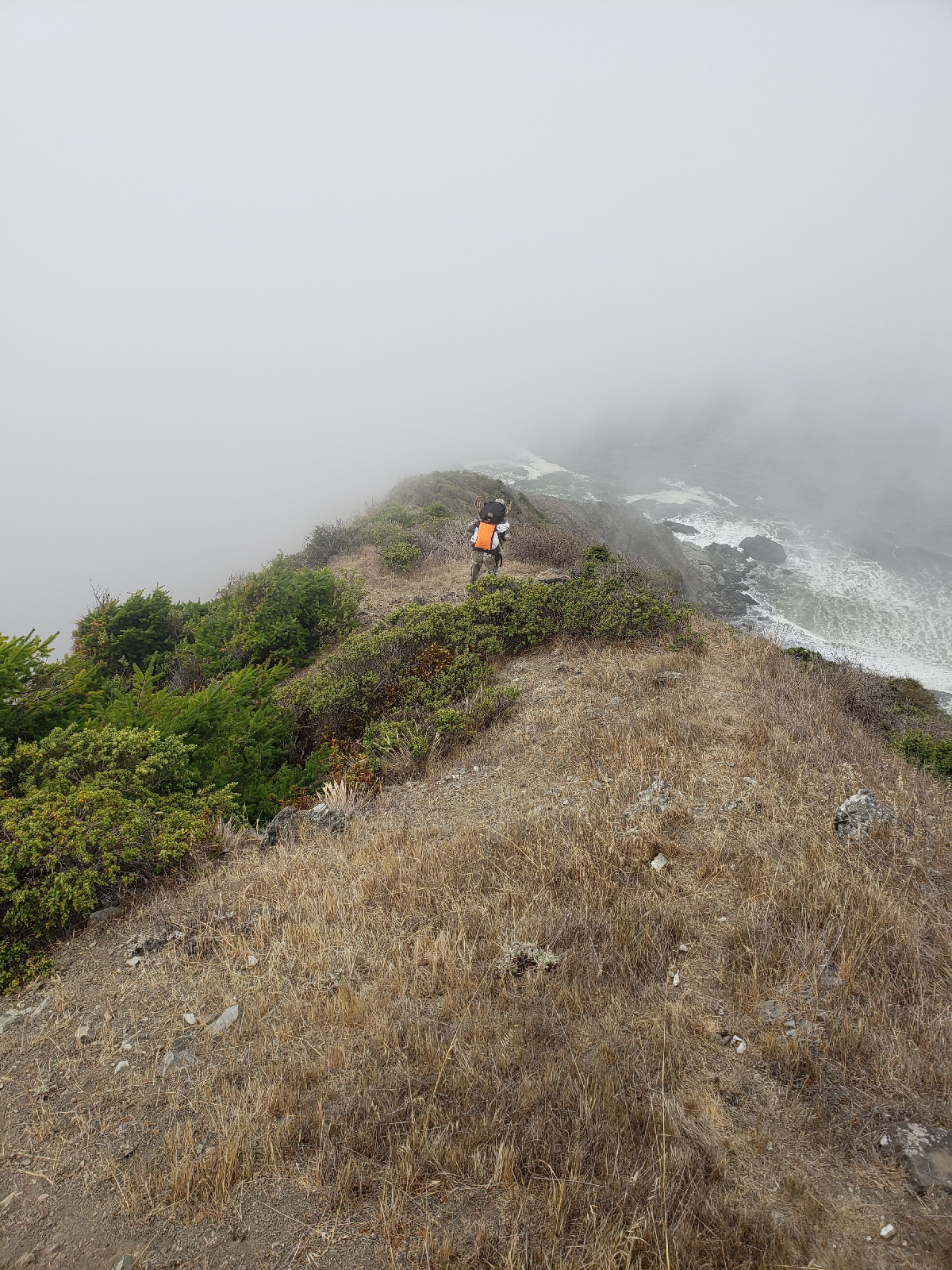 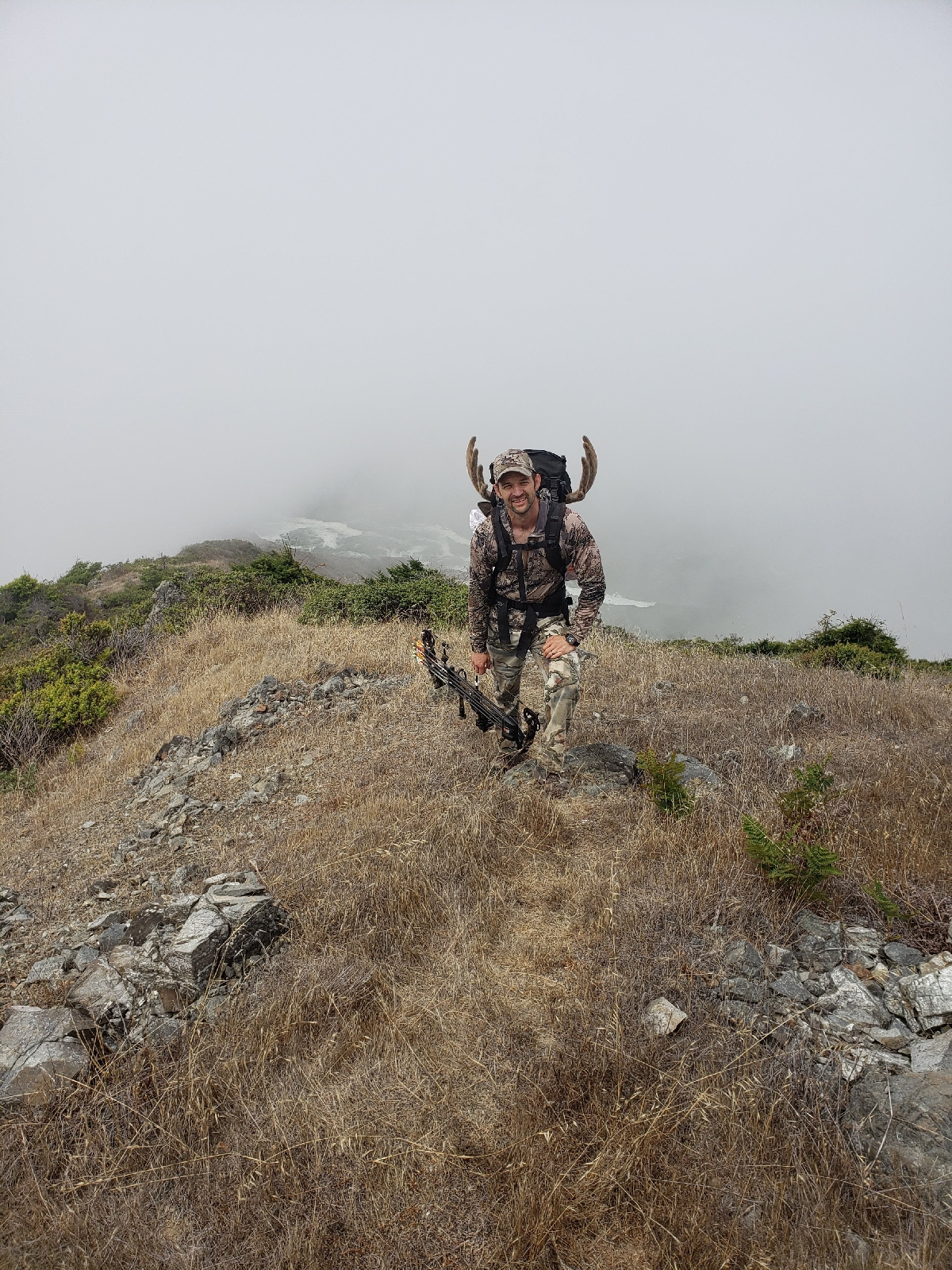 The trip was amazing and with good company especially to be hunting in July in 65 degrees teps with views of the ocean. 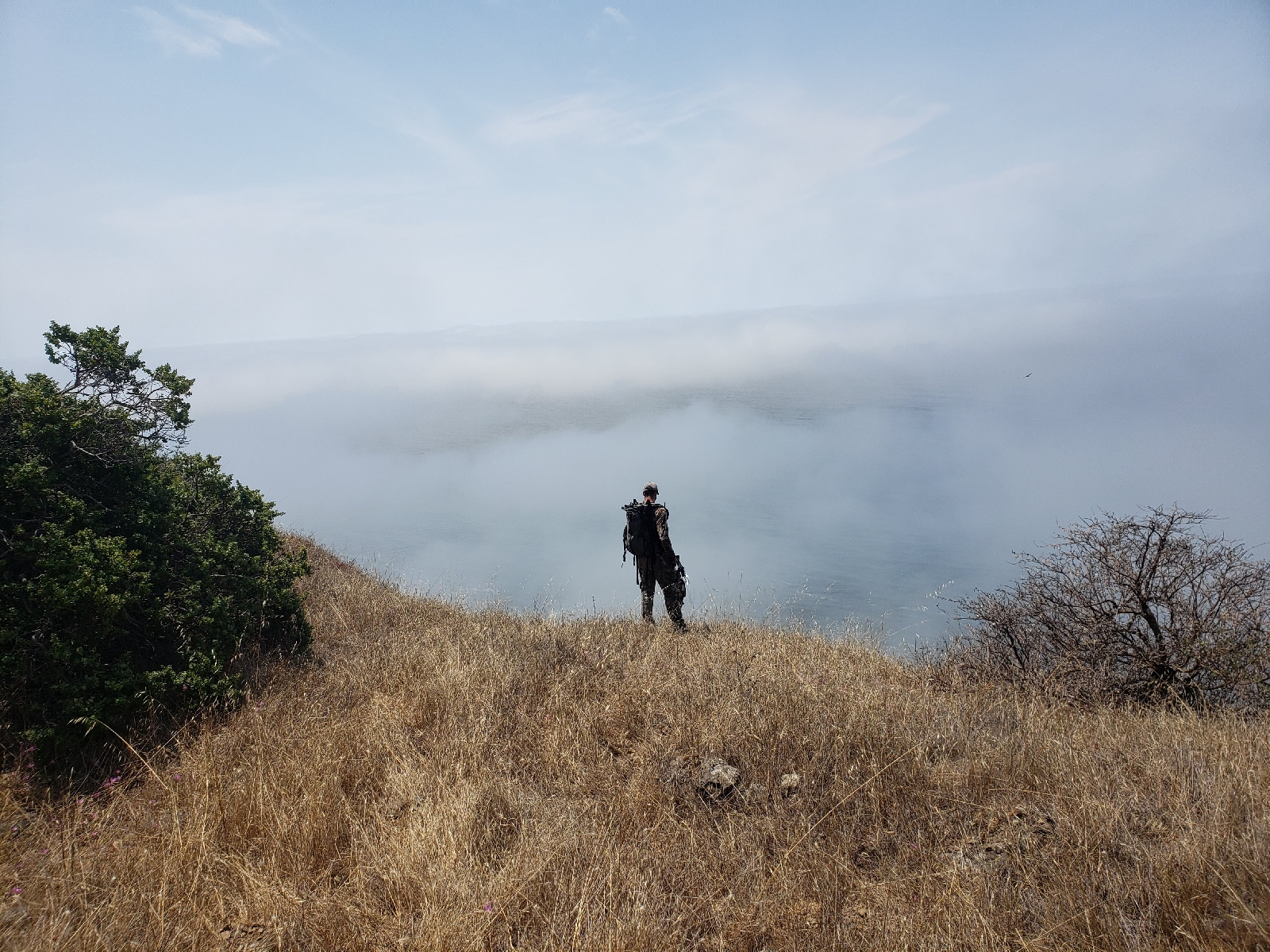